It's the four speed, 71HP version, imported from the US, with aftermarket open exhausts

Great bike (great engine, bad chassis...) but nothing compared to my actual one

So I sold it to buy the dream of my life... see next pictures... 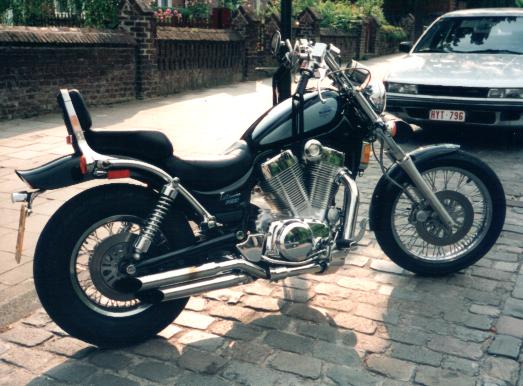 THIS is my actual bike...

I bought it new in the beginning of August 2001 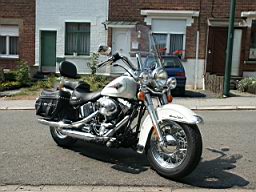 Click on the image for a Hires picture (2.7Megs, modem users, be aware!!!)

In the meanwhile I replaced the original exhausts by Screaming Eagle balooney cut exhausts (great sound !!!),

added a RPM tachometer just behind the windshield, 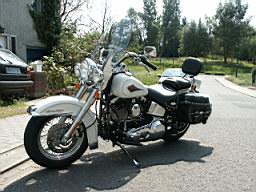 Click on the image for a Hires picture (2.9Megs, modem users, be aware!!!)

Next modifications (when my finances get better...):

- In the meanwhile I replaced the original Keihin CV40 carburator by a beautiful Mikuni HSR42 carburator kit.

This is the best modification I ever could apply to my Harley (I wish I had done it earlier), I now have the impression to ride a turbo-Harley... 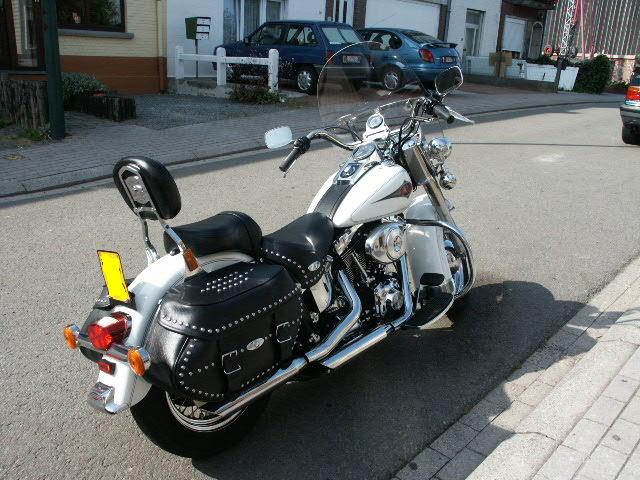 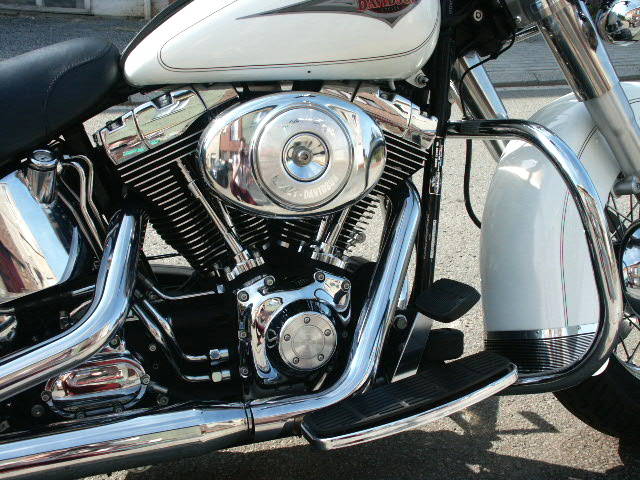 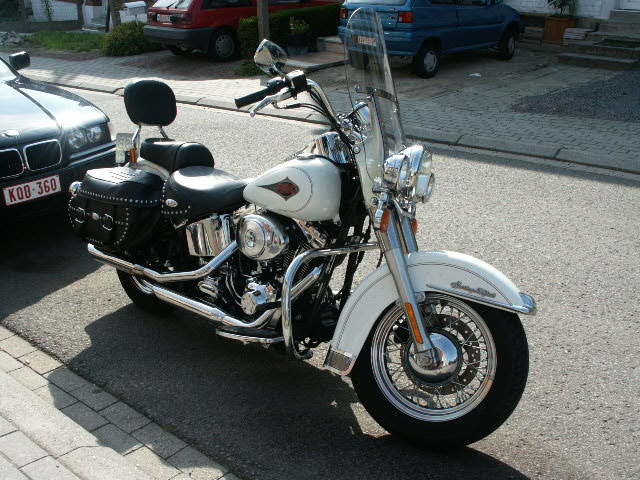 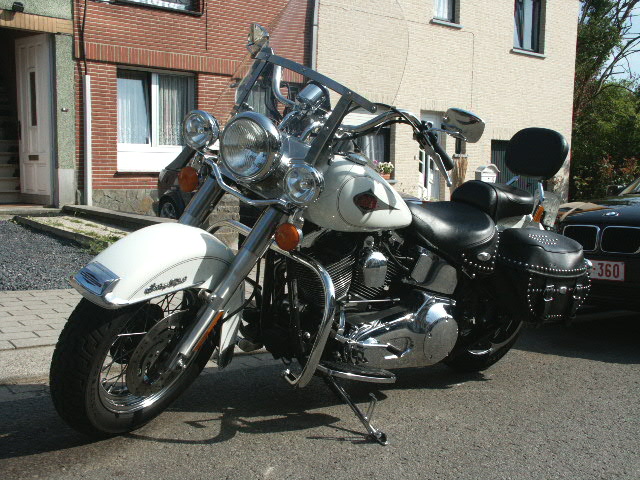 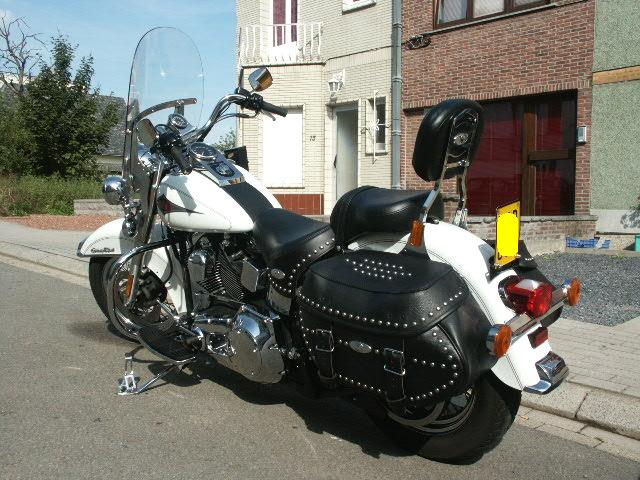 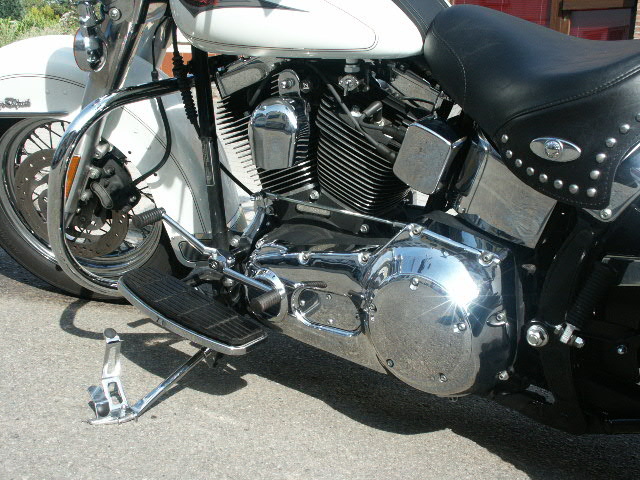 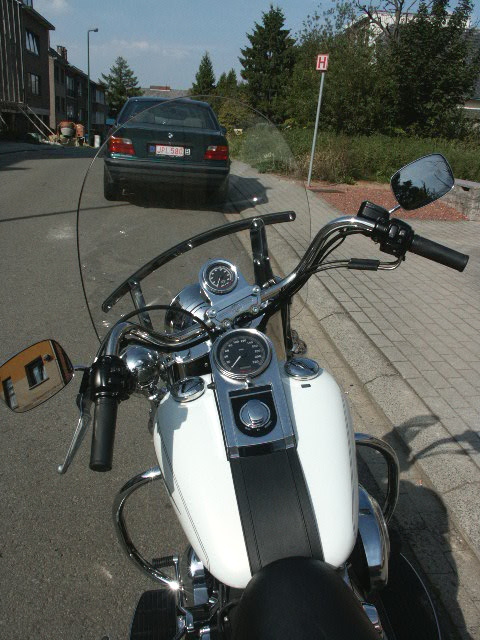 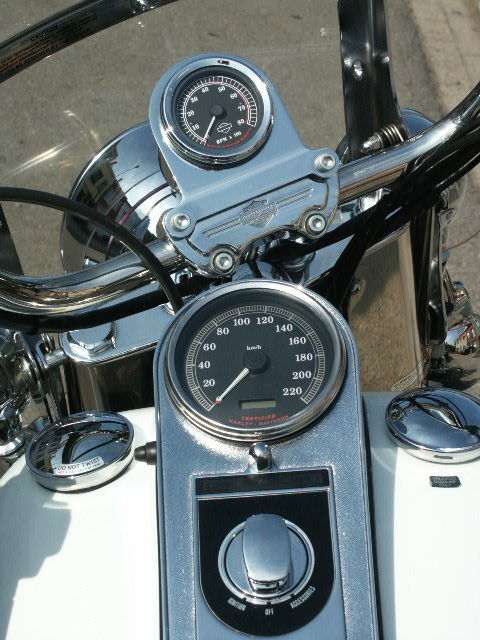